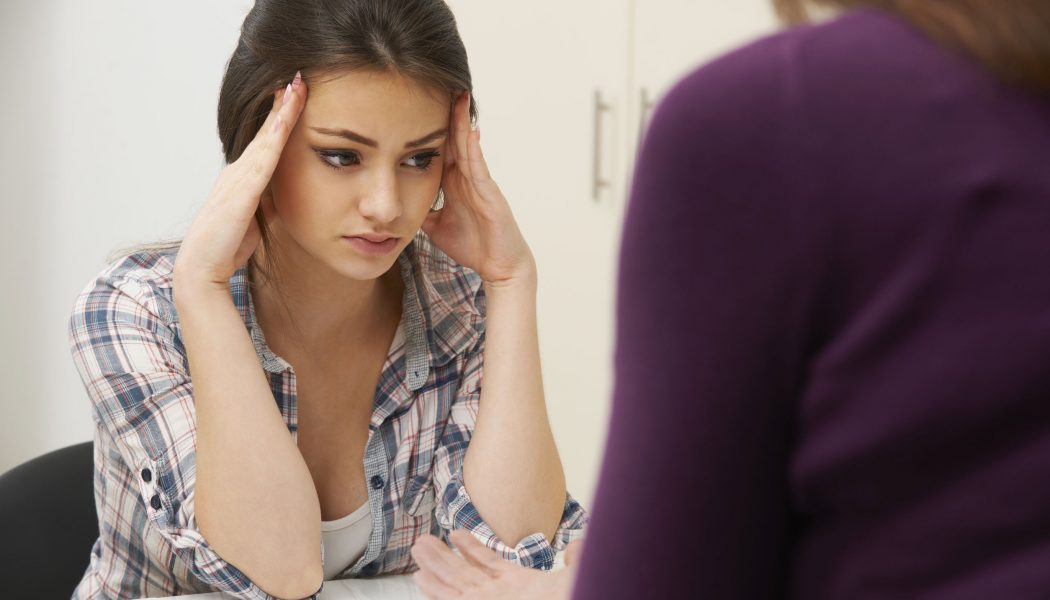 Source: University of Cambridge
Summary: Young people with mental health problems who have contact with mental health services are significantly less likely to suffer from clinical depression later in their adolescence than those with equivalent difficulties who do not receive treatment, according to new research.

Young people with mental health problems who have contact with mental health services are significantly less likely to suffer from clinical depression later in their adolescence than those with equivalent difficulties who do not receive treatment, according to new research from the University of Cambridge. This comes as Prime Minister Theresa May announced measures to improve mental health support at every stage of a person’s life, with an emphasis on early intervention for children and young people.
The study, published in Lancet Psychiatry, found that 14-year-old adolescents who had contact with mental health services had a greater decrease in depressive symptoms than those with similar difficulties but without contact. By the age of 17, the odds of reporting clinical depression were more than seven times higher in individuals without contact than in service users who had been similarly depressed at baseline.
Researchers from the Department of Psychiatry recruited 1,238 14-year-old adolescents and their primary caregivers from secondary schools in Cambridgeshire, and followed them up at the age of 17. Their mental state and behaviour was assessed by trained researchers, while the teenagers self-reported their depressive symptoms. Of the participants, 126 (11%) had a current mental illness at start of the study — and only 48 (38%) of these had had contact with mental health services in the year prior to recruitment.
Contact with mental health services appeared to be of such value that after three years the levels of depressive symptoms of service users with a mental disorder were similar to those of 996 unaffected individuals.
“Mental illness can be a terrible burden on individuals, but our study shows clearly that if we intervene at an early stage, we can see potentially dramatic improvements in adolescents’ symptoms of depression and reduce the risk that they go on to develop severe depressive illness,” says Sharon Neufeld, first author of the study and a research associate at in the Department of Psychiatry.
The Cambridge study is believed to be the first study in adolescents to support the role of contact with mental health services in improving mental health by late adolescence. Previous studies have reported that mental health service use has provided little or no benefit to adolescents, but the researchers argue that this may be because the design of those studies did not consider whether service users had a mental disorder or not. The approach taken on this new study enabled it to compare as closely as possible to present study statistically-balanced treated versus untreated individuals with a mental disorder a randomised control trial.
The researchers say their study highlights the need to improve access to mental health services for children and adolescents. Figures published in 2015 show that NHS spending on children’s mental health services in the UK has fallen by 5.4% in real terms since 2010 to £41 million, despite an increase in demand. This has led to an increase in referrals and waiting times and an increase in severe cases that require longer stays in inpatient facilities.
On 9 January this year, the Prime Minister announced plans to transform the way we deal with mental illness in the UK at every stage of a person’s life — not just in our hospitals, but in our classrooms, at work and in our communities — adding: “This starts with ensuring that children and young people get the help and support they need and deserve — because we know that mental illness too often starts in childhood and that when left untreated, can blight lives, and become entrenched.”
Professor Ian Goodyer, who led the study, has cautiously welcomed the commitment from the Prime Minister and her Government. “The emphasis going forward should be on early detection and intervention to help mentally-ill teens in schools, where there is now an evidence base for psychosocial intervention,” he says. “We need to ensure, however, that there is a clear pathway for training and supervision of school-based psychological workers and strong connections to NHS child and adolescent mental health services for those teens who will need additional help.
“As always, the devil is in the detail. The funding of services and how the effectiveness of intervention is monitored will be critical if we are to reduce mental illness risks over the adolescent years. With the right measures and school-based community infrastructure, I believe this can be achieved.”

Story Source:
Materials provided by University of Cambridge.
may be edited for style and length.